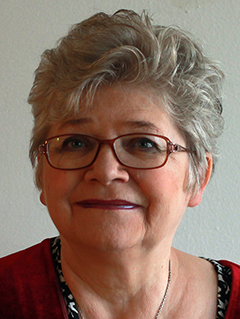 Lise was born in 1946 in Copenhagen. She graduated in 1966 from Gammel Hellerup Gymnasium, then studied theatre history, film and English at the University of Copenhagen. In 1973 she enrolled at the Danish Library School, graduating in 1977.

Her cultural interests took her on an exciting path of discovery through various tempting jobs including working at the International Folk High School (IPC)  in Elsinore.

(Her adventures continued when she married and had two children.)

In 1982, Lise joined the staff at the Helsingør Library specialising in sociology, film, theatre and fiction. The position lasted 20 years and during this time Lise began writing.

In 1990 she launched her career as an accomplished writer with an American film, which was sent to De dansk Filmstudier in Lyngby. Interest in the film led her into the arms of filmmaker Terry Selzer. This collaboration led to a course with the experienced Hollywood playwright, Linda Seager.

In 2002, Lise retired from the library and started writing in earnest in both Danish and English. In 2005 her first crime novel “Paparazzi murders” was published. In 2011 she started her own publishing entity, Fuzzypress, producing mainly eBooks.

Works in print and in eBook include:

2017 “The Battle of Kronborg” the Swedish occupation of Elsinore and Kronborg. Children.

Latest: Ida in North Dakota Published at the end of the year. Young Adults.